The Driving Force Behind The Steady Economic Growth 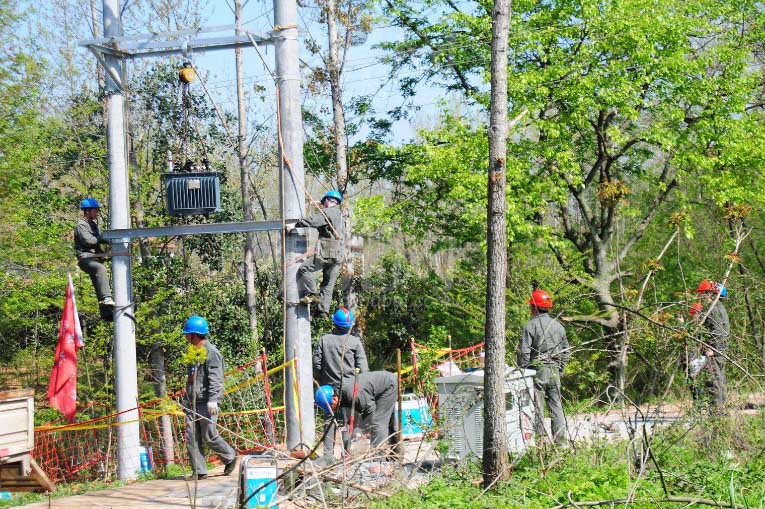 Where the road is built, the distribution network extends to where; where the development of the park, the power grid will be covered. Electricity and economic and social development is positively related to economic stability to the good, behind the adequacy of power backing.

Spring duck prophet. In the tide of market economy, the most sensitive is of course enterprise. Economic stability to the good, enterprise production is thriving.

Upgrade, national Power Grid Corp to carry out a new round of rural reform of UHV construction large-scale power grid investment not only directly stimulating the growth of electricity consumption, on the other hand from promoting economic development, especially has played a significant role in boosting of metallurgy, building materials, electrical and mechanical industries. Take the 500 thousand volt project as an example, 5 thousand tons of steel and 7 thousand cubic meters of aluminum and 2 thousand cubic meters of cement are needed for every hundred kilometers of lines. Research shows that 100 million yuan increase in power grid investment, it will drive related industries output 300 million yuan.

Electricity and economy are inseparable. The growth of electricity consumption is not only an objective expression of economic stability but also a concrete reflection of the convenient use of electricity. It is precisely because electricity is more convenient, people’s demand for electricity has been well met and further released. Today, all aspects of our production and life are inseparable from the electricity, high quality and stable power has become a strong driving force for economic development and social progress.